I’ve made lots of progress this week. I decided to switch out the GLUT library functionality for GLFW to prepare for a full move to modern OpenGL. Right now I’m using some deprecated OpenGL functions to draw my image to the window which is not ideal, but it works for now. I read a great series of tutorials on modern OpenGL at Learn OpenGL and I implemented a modified version of the described camera system into the HCamera class. At the moment all the controls are set up in the main.cpp file and passed to the camera, but in the future I would like to use a proper controller class but for now I will focus on further developing the rendering.

Below a YouTube video showcasing the camera movement. It’s obvious that the application is not ready for real-time usage due to the noise, but it’s nice to be able to move around the scene to find a good angle for a rendering. 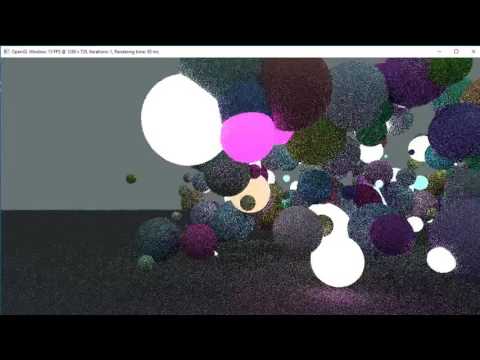